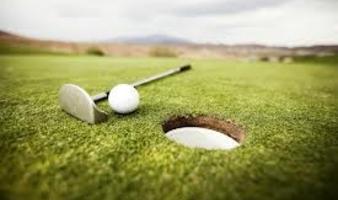 How to Book Cheap Golf Vacation Packages in Europe

Taking a golf vacation in Europe is one of the most exciting opportunities a golfer can have, but it can also be quite expensive. By the time you add up hotels, greens fees, transportation, food and more, the total cost of the trip can be enough to scare most people away. With that said, it is important to find the best deals you can to save money on the golf package you decide to book.

How Do You Play The Penina Championship Golf Course?

If one word could be used to tell you how to play the Penina Championship golf course, that word would be “aim!” Even though there are relatively less slopes than most courses, this course has been designed to trick players with its water hazards and bunkers. Most of the greens are also quite large so aim in putting should be considered too. Then there are all the new obstacles on this course which were added in 1994 when it was rebuilt. So, with all this in mind, let’s guide you to victory and show you how to play this championship level course.

Long shots should be perfectly aimed

Because of strategically placed water hazards, players should aim their drive and approach shots very carefully. The flatness of the course has resulted in many a golfer underestimating the challenge of this course—only to find their balls in impossible places.

Two holes that were made to trip you up

You may be wondering which holes to look out for. Well, all the holes pose a unique challenge, but there are two which were modified in 1994 to trip you up. The 5th hole has an additional lake and plenty of newly planted trees to make the hole a bit tighter. The 13th hole has also received new trees and additional bunkers for the same reason. Watch out for both of these; they are not easy to navigate.

It’s been estimated that the Penina Championship golf course has over 400 000 trees in and around it. Again, aim must be emphasized. If accuracy is something you struggle with, be sure to work on it before attempting this golf course.

Let’s be frank; this is not a course for beginners. Many championship games and tournaments have been played on the Penina Championship golf course which speaks to its complexity. However, if you feel you are up for a serious challenge, we suggest you give this course a try. Study it well before playing, or you may walk away defeated and rather embarrassed.